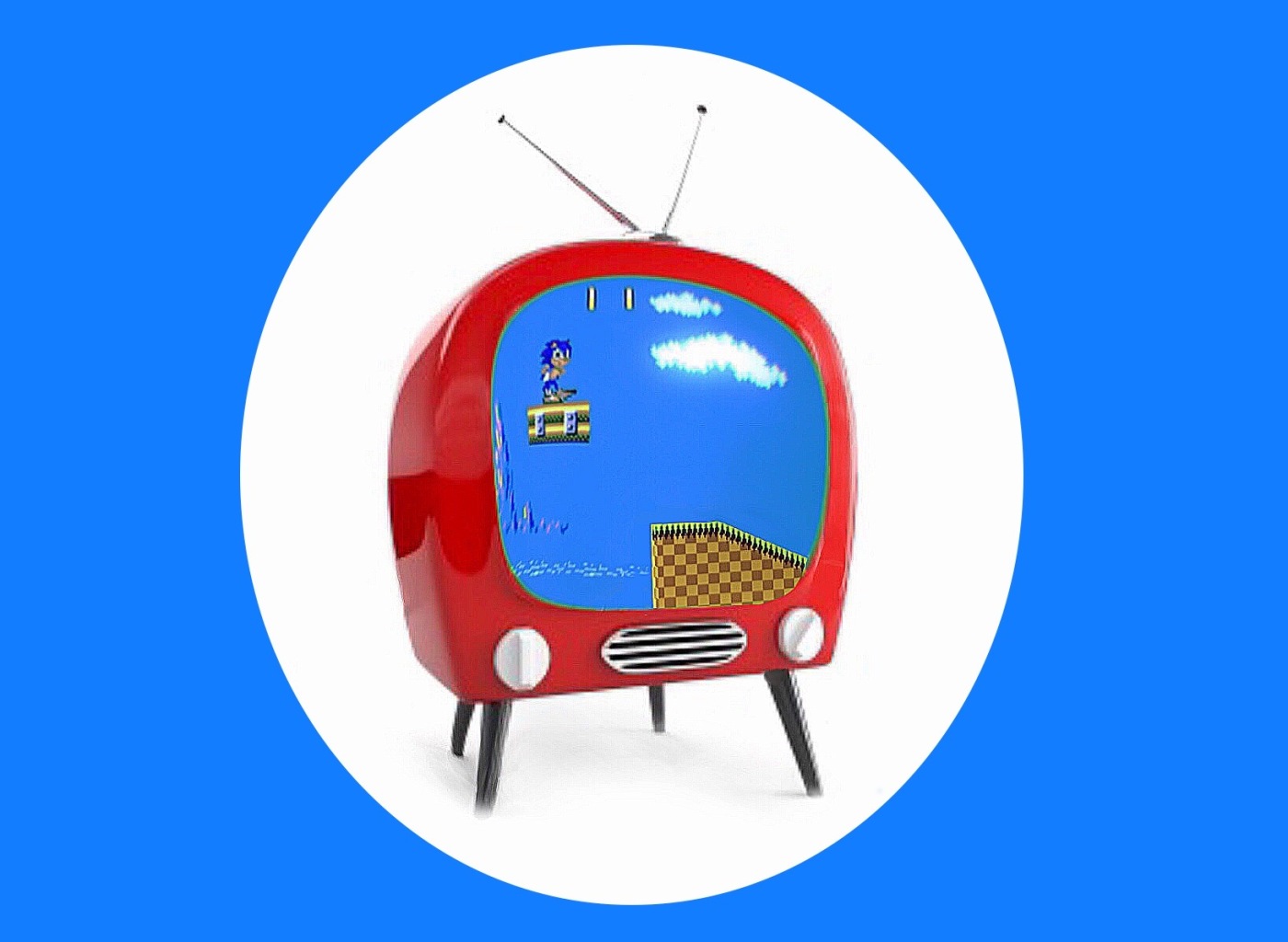 [Edit] Please check out my Sonic and emulation article with custom graphic design I created for it using a screenshot you can see below. It was also published by a Medium-based gaming publication called SUPERJUMP and you can read it here.

If you read my last post, you may have seen I posted some art and articles I wrote related to gaming. However, if you just read it when I first posted it, you may not have noticed that I added new articles to it. Since that time, an interesting turn of events occurred as I submitted those gaming stories to a Medium publication called SUPERJUMP.

The funny thing is that despite to me seeming that the Diablo II remake should be more relevant and interesting to readers, it was the asony story that took off and only once SUPERJUMP picked it up. Here is the ammount of views and reads it garnered as of this writing:

I think it was because the story revealed a lot about Sony’s future business operstions and gaming plans including a potential Vita 2 handheld system. It was based on an interview I watched on Facebook at a whim and realized there was a good story there worth writing about.

I enjoy imvestigative reporting types of stories or writing about events occurring such as interviews between big heads in gaming, tech or simply people in the know on future products a company is working on. This recent story I write sort of took me back to an earlier story I published on AppleMagazine about a former friend who worked at Apple at the time and what he had to say about the secretive company.

Because of the story’s success, Medium awarded me the honor of having “Top Writer” status in gaming. I believe my Diablo II remake story that I self-published wnd wrote prior to the official announcement at Blizzcon was featured or at least it says this on my mobile wpp when I click on my stories and profile.

The Elder Scrolls VI story is in draft on SUPERJUMP, so whether they publish it or not remains to be seen. It is quite long of a story and I recently added to it through edits so check it out if you have not had a chance. It has a lot of my artwork included as well. I have added some toward the end of it in fact, very recently, based on an ancydote I experienced playing Skyrim and taking some screenshots of the follow up to this in-game event and then working on the design further.

I took a couple of screenshots after killing a dragon in Skyrim and after a former ally and quest giver who was a Kajiit attacked me (note that my character is also a Kajiit). I found it humorous as he attacked me basically after he got involved fighting the dragon and wrote about it toward the end of the Elder Scrolls VI Medium story. It was an example of what makes Elder Scrolls great: the ancedotes withing the game wirth retelling rather than the main quests or sueprficial aspects of these games. I then pixelated the screenshots or put them in a pixel art app on my iPad and further revised it in separate digital art apps on the iPad to get some interesting effects:

I have added another character to the scene from one screenshot to the next, to make it more interesting and it is my own character I am playing as.

Since publishing those stories, I wrote another one while experiencing Sonic the Hedgehog on my Mac emulator with EarPods on and reliving my childhood when I originally beat the game. I am trying to pitch this story or the idea of a story such as this with potential edits if the publications want to go one direction or another with it. Otherwise, I will try to publish it on SUPERJUMP or simply on my own Medium feed.

I also created some unique look for it using a couple of screenshots I took of me playing the game from an iPad and later uploading it to various image editing apps in a similar way to what I did with the Skyrim designs above. I wanted to follow in SUPERJUMP’s style for feature images so I used an oval shape for some of them, but also wanted to make it more interesting than just a screenshot in an oval. Thus, I found an image on Google search of an old tube TV and inserted the screenshot into it and even blew it up or used a fisheye effect to get that tube style of feeling as well as the retro-game feeling I was experiencing while playing the game on a Mac emulator called OpenEMU.

The emulator is pretty nice because it is a single emulator that combines various other Windows emulators on the Mac and allows you to drag and drop roms or ISOs onto it for the games to be recognized and play. It is also compatible with a recent wireless joystick I got for my Playstation 3 (the system I am playing Skyrim on currently) so it motivated me to drag and drop some classics onto it. That was when the idea of writing the article about my favorite version of Sonic and the original came from.

I have the article written up with some of my designs already included and you can check it out here. As I said, I am open to edits on it in the future and hope some publication such as Retro Gamer will a look at it. Retro Gamer is one of my favorite magazines by the way and a great publication talking about the classics while also a section reviewing newer games based on classical ideas.

Here it is published thus far by SUPERJUMP, but again I am open to revising it or doing something similar and focusing on timeless classics in general and emulation.

In the designs I created, I played round with the shadow, mostly creating different variants of it using iPad brushes. Below are some of the designs I came up with as you can also see within the article:

As you see, I have been creating a lot of gaming-related content recently. I always enjoyed gaming, but now after many years I picked up a home console (even though it is outdated I am catching up on its backlog of titles) called the Playstation 3 and also received an Apple TV recently, with an Apple Arcade subscription I am enjoying. Thus, I will continue to cover games and gaming news as well as create design based on gaming or screenshots of games like you see within the examples above.

As you may also recall from my last post, I have a game writing sample available with also some of my artwork included that is based on the idea of the introduction of a game like Avernun VII or a similar style of a fantasy role-playing game. You can check it out here.

I am also continuing my work on some abstract fantasy-based artwork for role-playing game type of content: